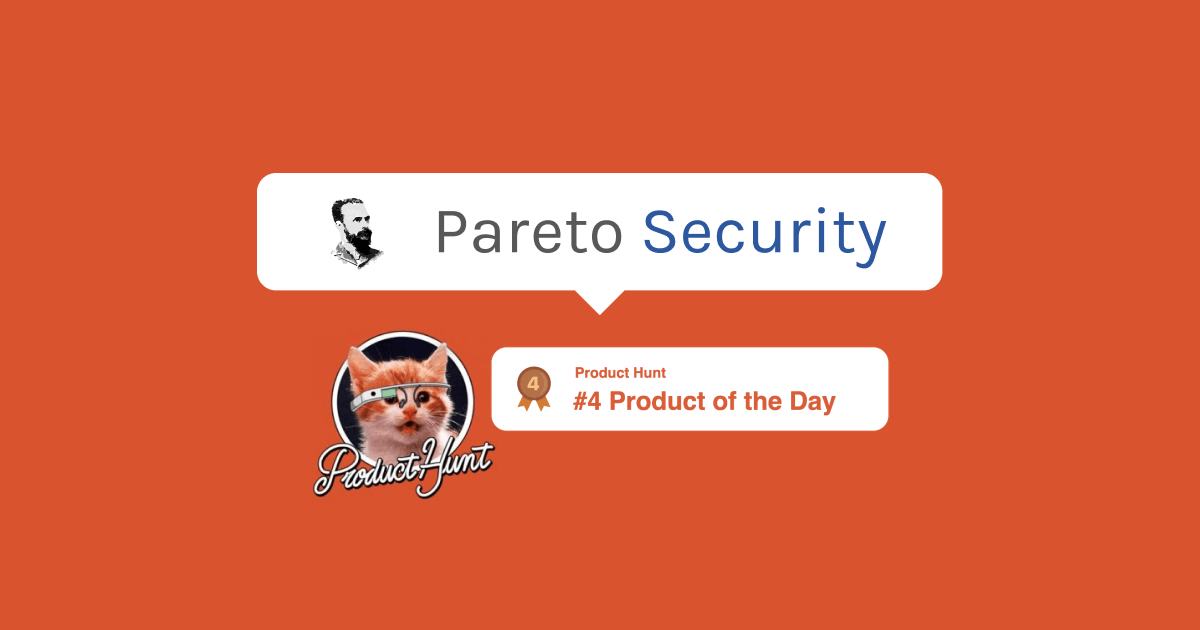 We launched on PH in the past but mostly with mixed success. We thought the Pareto Security app would be a far better fit than our past projects – and we were right!

We launched on Sunday as we wanted to be in the running for the product of the day, which is a lot easier to get on the weekend. The app is not really viral (security is not what you’d call sexy), and we don’t have a large following yet, so we knew we had to turn the odds in our favor. We launched with a free coupon for the first 100 users and then additional discounts for further users.

We didn’t expect to run out of the free coupons, but by the end of the day, we did! As for product of the day, it was tense until the last hours, but we managed to get fourth place.

Not only that, but we also got users on the app and in total the week ended with $500 in sales.

While it’s not enough for founders to buy even die-cast Lambos, the money in the bank was proof that people are willing to pay for the app. And that’s what we needed to proceed to the next step.

All in all, we’re pleased with the results and will now focus on the received feedback and launching the app for Teams.

Dejan is the Pareto Security co-founder and Product Lead.